AXE has been a proud partner of Pride for many years. Due to the COVID-19 pandemic, we felt it was extra important for AXE as a brand to continue to stand behind Pride’s message and look for ways to spread this important message even further. 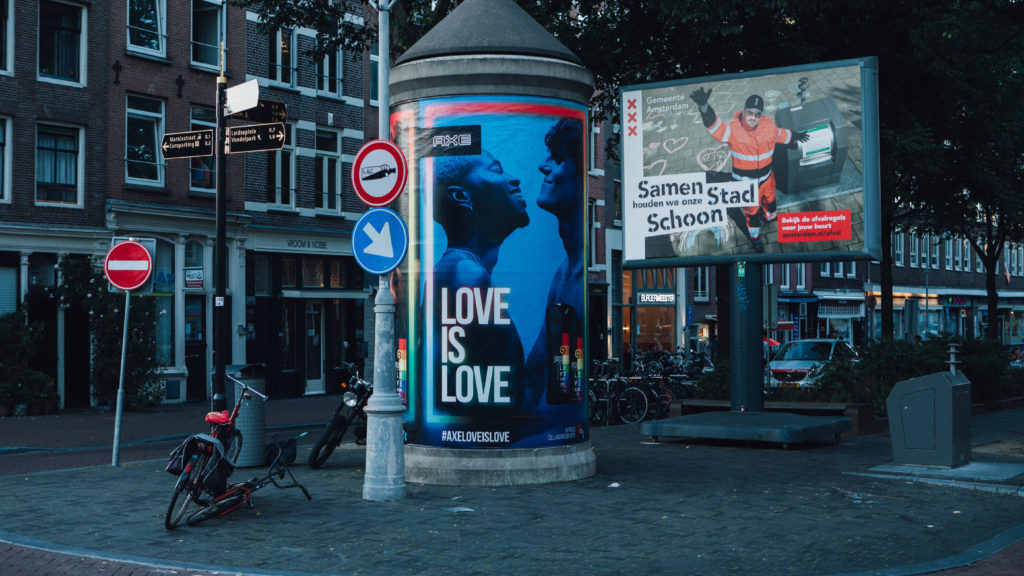 During Pride, AXE released a gender neutral Love is Love body spray and body wash. To raise awareness for the new product line and its message, it was the Brand Father’s task to come up with an outspoken campaign that appealed to a large audience. To honor the 1.5 metres distance restriction, we developed an OOH campaign with real and diverse love couples which became the foundation for our campaign message: “Love is Love”. Next to being COVID-19 compliant, we felt it was important that the entire crew stood behind the Pride message as well. From the production company, to the stylist and make-up artist, everyone contributed in some way to the inclusivity and diversity domain through their work or personal lives. To pratice what we preached we added an extra layer to the campaign, setting up a partnership with COC Netherlands and AXE, who gave a donation to COC’s platform “Jong & Out” – a LHBTIQ+ community for young people no matter what your sexual orientation or gender-identity is.